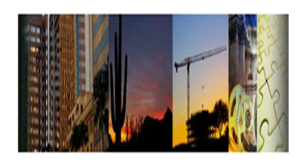 Higher than expected inflation reports led to a higher than expected rate increase by the Fed. All indications are that the Fed is deeply committed to getting inflation under control with the tools they have at their disposal and continued rate increases are expected over the next 18 months as long as high inflation persists. Last week’s meeting and the vote to increase the Fed Fund’s Rate by 75 basis points instead of the continued 50 basis point increases it had previously signaled sent a ripple effect across the markets and the overall economy. And while there is much of the equation outside of the Fed’s control, most notably the supply chain, all recent indicators point to a cooling economy.

The Fed has explicitly stated that recession is not the goal, but a slowdown is certainly an intended effect of their actions. So, although disappointing, none of the data should come as much of a surprise. Leading indicators declined for the second consecutive month, led by slowing housing construction, lower stock prices, and lower consumer expectations. Retail sales also declined in May, attributed to inflation, high gas prices, and higher borrowing costs for purchases such as cars. U.S. manufacturing grew, but at a slower rate than expected. And homebuilding starts and permits declined again in May. Homebuilder sentiment dropped once again, many pointing to the decrease in new home buyers and persistently high construction costs.

The stock market also fell into bear territory, meaning a 20% or more decline from the previous peak in early January. Stock market prices have historically been terrible predictors of recession. However, bear markets are more correlated to recession compared to the more common “correction” (a 10% or more decline in price).

All of this points to a greater likelihood of recession. The length and severity of recession, however, is still too early to predict. And just like the surprise the Fed gave everyone last week, a course reversal could happen just as quickly if economic stimulus becomes necessary again.