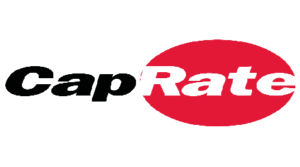 PHOENIX, Arizona — Strong demand from both domestic and foreign investors, combined with moderate economic growth, is expected to keep capitalization rates for U.S. commercial real estate assets broadly stable in 2020, according to the latest research from global property advisor CBRE.

The CBRE North American Cap Rate Survey found that industrial, multifamily, and suburban office cap rates tightened the most in H2 2019, while hotel and retail cap rates were generally unchanged except for a negligible increase for retail power centers. In metro Phoenix, cap rates declined across the Class A industrial, neighborhood retail, multifamily and some hotel segments, while cap rates for office, retail power centers, Class B and Class C industrial and some hotel segments remained unchanged or increased.

Continued cap rate stability is expected in the first half of 2020 across property types, segments, classes and market tiers, except for a slight increase in the hotel sector.

“U.S. real estate assets remain in high demand from domestic and foreign investors. Cap rates were stable in 2019 and we expect them to remain so in 2020, despite the uncertainty created by the coronavirus and the upcoming presidential election. Continued moderate economic growth will keep interest rates low, and sustain demand for commercial real estate,” said Richard Barkham, Global Chief Economist for CBRE.

“The Phoenix Industrial market has seen 40 straight quarters of positive net absorption outpacing completions; driven by the availability and affordability of labor, the reliability and affordability of power, affordability and availability of housing for employees and the ability to service close to 35 million people in a single-day truck haul,” said Dan Calihan of CBRE Industrial & Logistics in Phoenix. “These factors coupled with the benefits of living in a great climate without any natural disasters continue to drive e-commerce, manufacturing, food & beverage uses, third-party logistics operators and data center locates to Metro Phoenix. Continued economic growth will continue to drive interest from investors and industrial users alike. The future is bright for leasing and capital markets activity in the Valley of the Sun.”